REDSQUARE is a new female that made their debut on May 19th KST with their title song and MV “Color Full” under the label About Entertainment. The group has five members, Green, Chaea, Bomin, Ari, and Lina. Members Green, Chaea, Bomin, and Ari are former members of GOOD DAY, and Lina was once a solo artist who used to use the stage name Blenn.
What interested me about this group is the way they made their debut music video. For the first time in K-Pop history, as far as I know, they are the first group to debut without showing their faces (or eyes to be more specific) throughout the whole music video.
REDSQUARE have shown their faces before in photos, but for a debut music video, it was really interesting and I should say bold move because the first thing I would want for a group to show in their debut music video is their visuals. But I feel this was a great concept to use because it kept a mysterious sensation throughout the music video.
Check out REDSQUARE’s music video!
REDSQUARE_”Color Full” 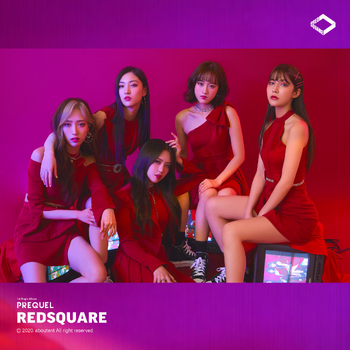