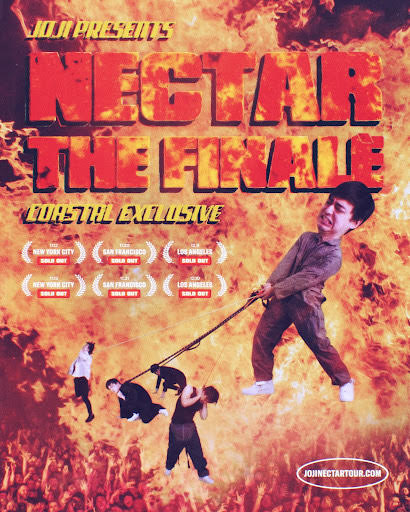 As December is just around the corner, many fans around the world are waiting to see what artists will be out on tour once 2022 kicks into full spin. What better way to end the year than to see amazing performances we all know and love? Heading to Los Angeles, CA where you can catch the finale show to Joji’s three-city tour!
Back in September 2021, in celebration of his chart-topping album, Nectar, Joji announced his ‘Nectar: The Finale’ tour. Which included previous shows at Terminal 5 in NYC, and The Warfield in San Francisco, CA. Following ‘The Extravaganza’, his first self-made one night event which was live-streamed to an audience across the globe, Joji brought us his first-ever live performance of his songs from the new album at Head in The Clouds at Brookside at the Rose Bowl stadium, and it was an incredible performance. Nectar received an extraordinary amount of praise, almost doubling the first week sales he received from BALLADS 1 (under 88rising), it also hit #1 on Billboard’s Independent albums chart, #3 on Billboard 200, and #1 on Spotify’s inaugural US Weekly Top 50 Albums chart.
With the album showcasing Joji’s own twist on Trip Hop, Lo-Fi, and R&B, he accomplished making his first appearance on national television performing one of Nectar’s hit singles ‘Run’ on the Tonight Show with Jimmy Fallon back in 2020.

Joji recently headlined at 88rising’s Head in The Clouds, which brought in over 50,000 in attendance to LA November 6th and 7th, served as a great sneak peek of the new three-city tour, where he performed ‘Sanctuary’, ‘Run’, and songs from BALLADS 1 such as his most popular song, ‘Slow Dancing in The Dark’. Joji has absolutely made a name for himself with his heavy lyrics, and strong dark emotions that anyone can relate to. His music is authentic and raw; bringing out true feelings that most don’t want to admit, but it gives those who feel like they don’t have a place in the world hope.

Tickets to Nectar: The Finale is SOLD OUT, even after adding additional dates due to its overwhelming demand! This comes as no surprise, as his first North American tour that revolved around his first album, sold out within minutes in 2019. Don’t be discouraged, you can sign up to be placed on a waitlist, in case tickets do become available.
Join Joji on the web, and check out more information regarding the finale shows on December 9th and 10th, 2021 at The Novo in Los Angeles, CA here.